Two wonderful bookings demonstrate that art and culture form a perfect symbiosis: For KFW-Ipex Bank Jeton performed at an event at the Gesellschaftshaus Palmengarten in his home-town of Frankfurt. Since 1871, this venue has been a focal point of culture in Frankfurt and is one of the city’s special attractions.

Between 23 and 31 May 2014 Monsieur Jeton was in Madrid, where he compered customer events for IBM and performed his gentleman juggler act. These events were held at the Plaza de Cibeles in the Palacio de Linares. In its interior, fine tapestries and glasswork from Antwerp compete with lamps and bronzes from Paris as well as many grand paintings by famous Spanish artists. According to the locals, the ghosts of the Marquis and Marchioness of Linares still haunt the chambers… 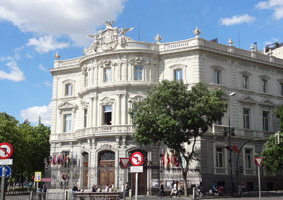 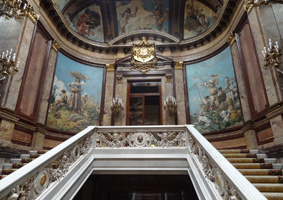 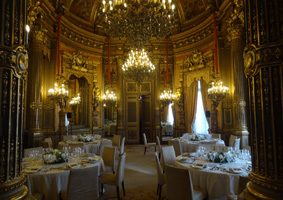 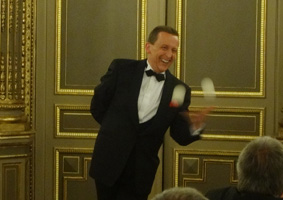 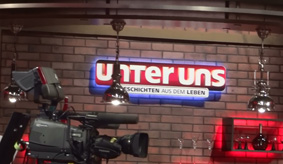 Jeton has been invited to two TV chat shows: on 14 February he will be greeted by Griseldis Wenner and Axel Bulthaupt at Media City Leipzig, whose show “Unter uns” goes out live at 10 p.m.