Danish star comedian Soren Ostergaard and his legendary Zirkus Nemo have long since achieved cult status in Denmark. Monsieur Jeton had the pleasure of touring with them one summer long, and is now particularly looking forward to this new production, which has been conceived especially for theatres and concert halls. The show bears the title "Zirkus Nemo Julle Galla" and can be seen in 16 Danish cities from the end of October until mid-December 2013. Also on the bill are Danish actress Sos Egelind, the Russian clown Val de Fun, and an orchestra. 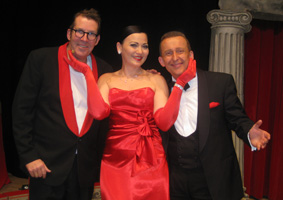 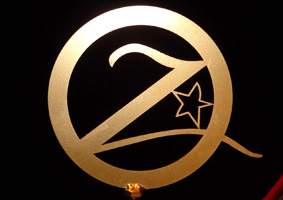 When the tour is over, Jeton returns to Germany to take part in the Christmas show "Sterne des Varietés". This popular family show is an annual event that takes place under the dome of the Bürgerhaus in Dietzenbach, near Frankfurt.

At the 66th Annual Juggling Festival organised by the International Jugglers’ Association (IJA), Gentleman Juggler Jeton performed at the grand gala show "Cascade of Stars", where he was then presented with the AWARD OF EXCELLENCE.

This award is presented occasionally by the IJA in recognition of a juggler’s outstanding achievements. It pays tribute to performers who have made a significant contribution to the development of this art form.

Gentleman Juggler Jeton is the first German juggler to receive this coveted prize, and the newspaper Frankfurter Neue Presse carried the headline: "Oscar of Juggling for Gentleman Juggler" (FNP 14 August 2013). 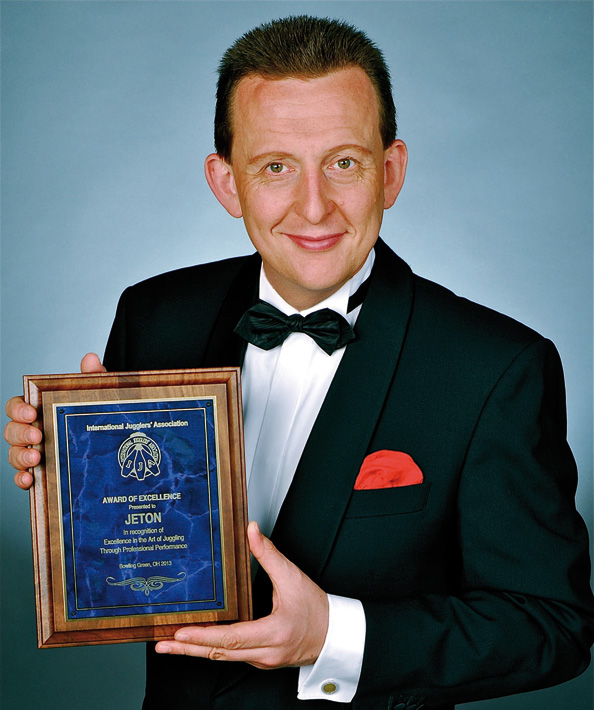