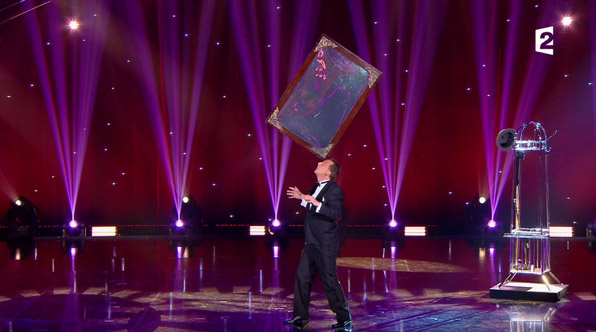 Le Plus Grand Cabaret Du Monde is one of the most successful TV Shows in the world, and has been produced in Paris for France 2 since 1998. The next episode will be broadcast on 29 April 2017 at 8:55pm and repeats will be shown by TV 5 Monde in numerous countries, including Germany. In the 189th edition, compere Patrick Sébastien and French actor Jean-Claude Dreyfus welcome Gentleman Juggler Jeton, who impresses the audience with his elegance and a selection of his unique balancing feats.

In 1997 Gentleman Juggler Jeton was on the bill of “The Slightly Crazy Show” that marked the opening of the beautiful Krystallpalast variety theatre in the Magazingasse in the heart of Leipzig. Now Jeton is back in Leipzig to perform in the show “Café Mélange” from 9 November 2016 until 4 March 2017. This production tells the story of a Viennese café on the verge of collapse, where Monsieur Jeton is one of the regulars, having taken a fancy to the waitress, Miss Carmen… 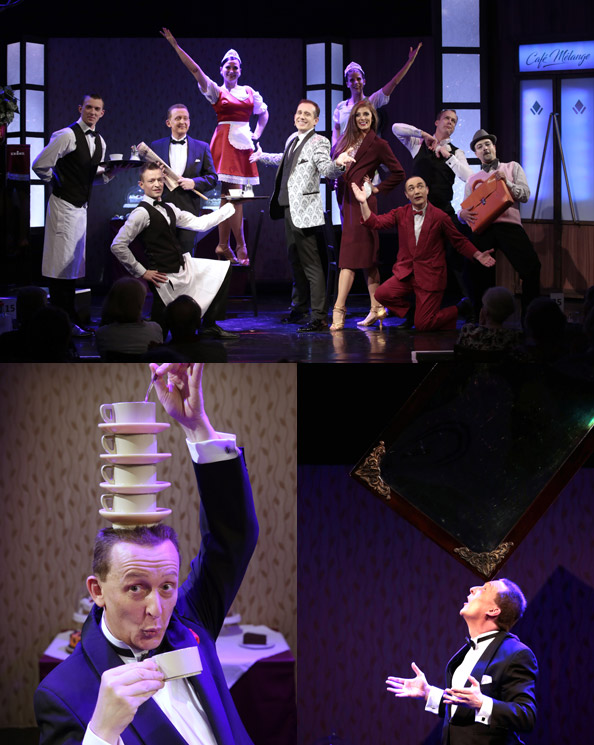