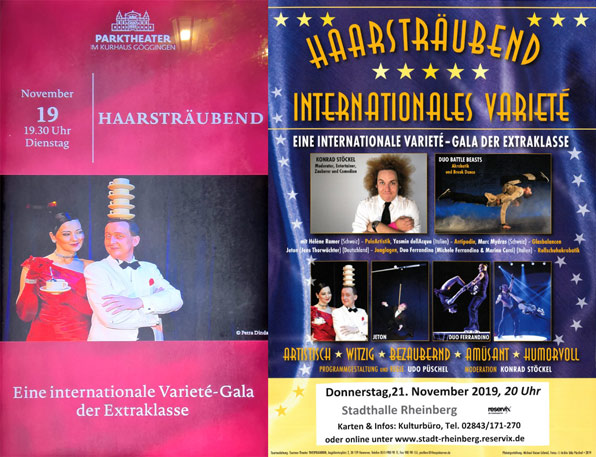 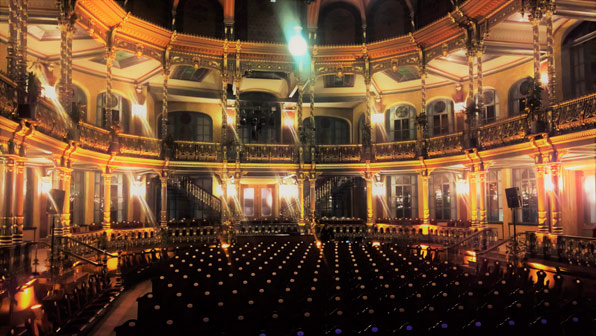 In its 29th edition, the Varieté am Seepark presented a show with international artists and impressive scientific experiments by Konrad Stöckel. Class 4b from the Sommerberg School in Lenzkirch came to visit and the students chose Monsieur Jeton for an interview, which was published in the newspaper, Badische Zeitung. The students’ showed tremendous enthusiasm, and all their interesting questions turned into a great article, which you can read here.

The show then went on tour for another week under the title “Haarsträubend” (Hair-raising) and was performed at the Parktheater Göggingen, the Rheinberg municipal hall, the Parktheater Iserlohn and the Theatersaal in Langenhagen.

From 30 - 31 August Gentleman Juggler Jeton will be making a guest appearance at the “Nordisch Nobel” magic convention in the northern German city of Lübeck. This will be followed on 1 September by a public gala show, “Masters of Magic”, at the Kolosseum.
Information & tickets at: nordischnobel.de