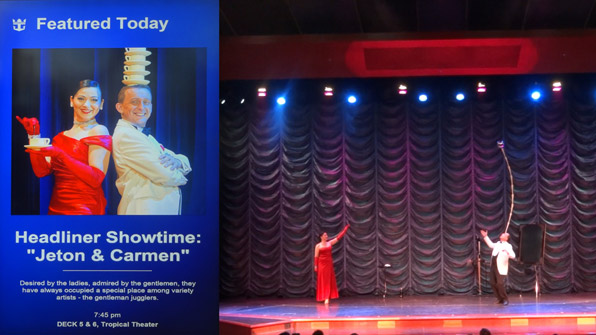 In the summer months Monsieur Jeton is travelling across Europe, presenting his full-length show on various American cruise ships. In between voyages, he’s also performing at numerous corporate events held in rather special locations:
In June, for example, it was the Dreischeibenhaus in Düsseldorf. This slender steel and glass skyscraper, a listed monument, is a significant landmark in the cityscape, whose timeless elegance welcomes visitors as soon as they enter the foyer. The event area on the top floors also has a roof terrace with breathtaking views 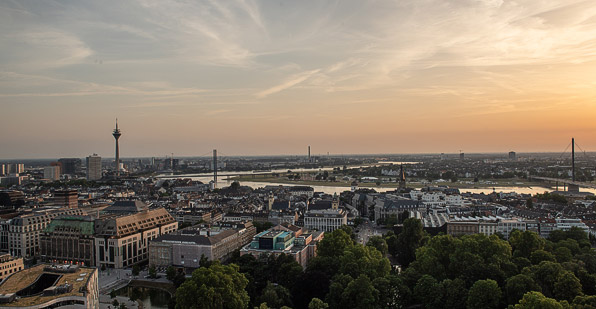 At the invitation of an international hotel chain, Monsieur Jeton flew to Warsaw in July, where he performed at a festive dinner in the Lazienki Palace. The palace was built in the 17th century and was the residence of the last King of Poland, Stanisław Antoni Poniatowski. 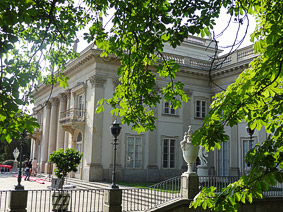 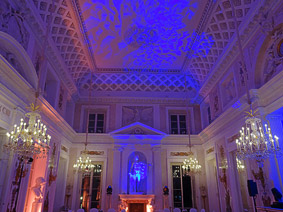 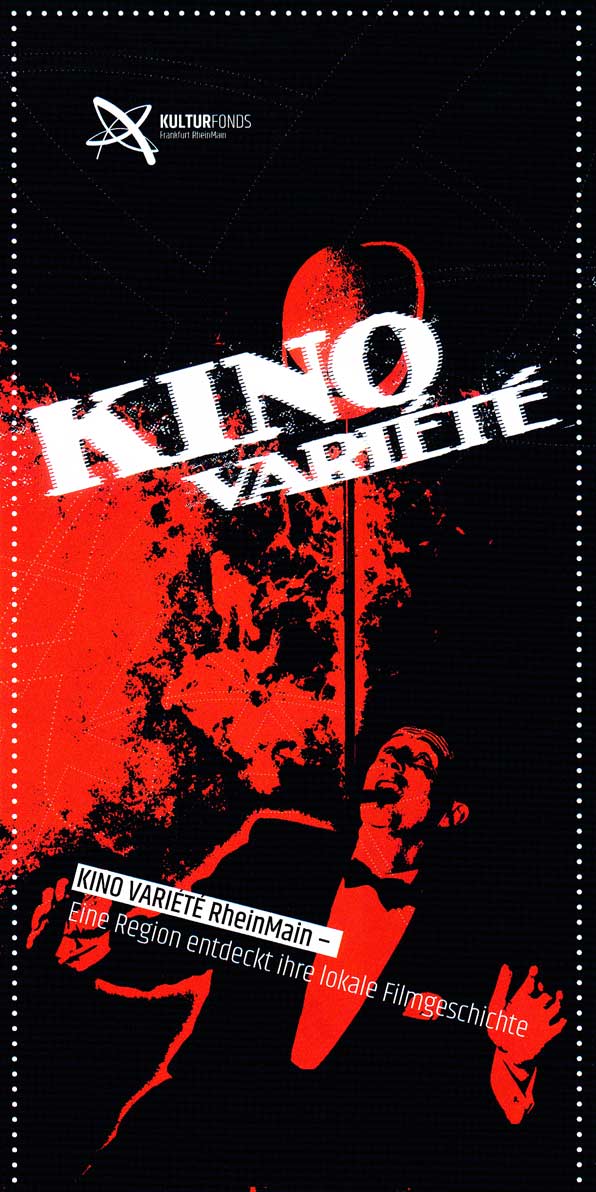 To celebrate its 10th anniversary last year, the arts foundation Kulturfonds Frankfurt RheinMain launched a travelling show entitled “KINO VARIETÉ” (Cinema meets Variety). In co-operation with TV channels ZDF/ARTE and the German Film Institute DIF, an upbeat movie show was created that lets audiences experience the magic of silent cinema combined with music, dance and acrobatics.
The evening always begins with a weekly newsreel compiled from regional film recordings. This is followed by a comedy and an advertising film, before the main feature comes on the screen, the 1926 movie “Eine tolle Nacht” (A Crazy Night) by Richard Oswald. A fast-paced comedy about a travelling salesman who accidentally finds himself in the Berlin nightclub “Scala”.
All this is accompanied by live music and by Gentleman Juggler Jeton, with his amazing variety act. This very special series of events came to an end with performances at the Caligari cinema in Wiesbaden, the Showspielhaus in Hofheim, the Brentanoscheune in Oestrich-Winkel and the Capitol Theater in Offenbach. 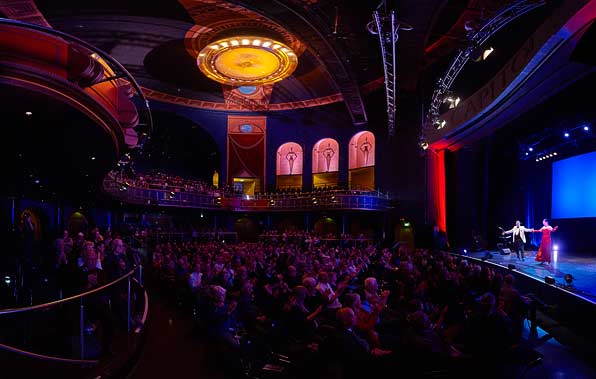